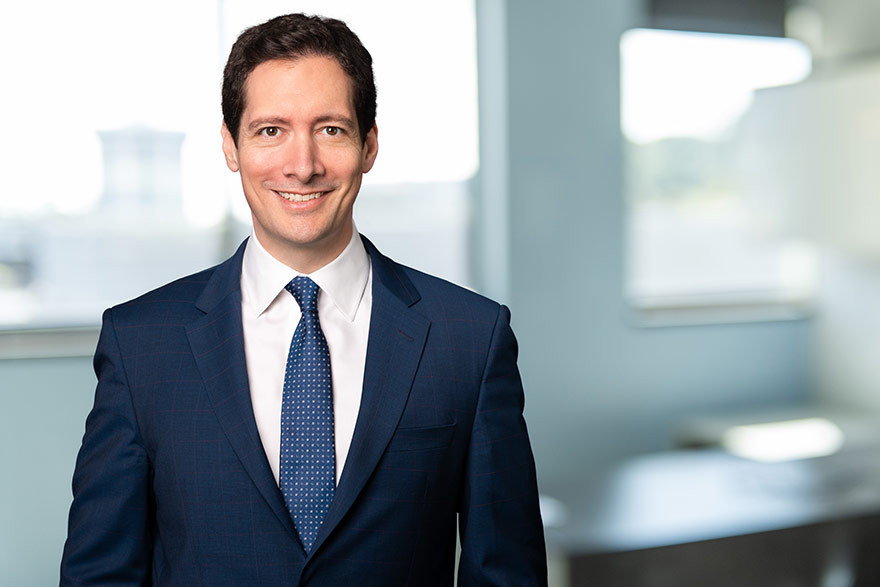 Jeff represents plaintiffs in difficult high-stakes cases.  His singular purpose is to get better results for his clients than any other lawyer or law firm can deliver given the same set of facts and law.  He has done that consistently, and many times over—winning his clients high value settlements and verdicts in federal and state courts across the country.

Jeff’s client base includes inventors, artists, entrepreneurs and investors, small businesses, and others that have valid and valuable legal claims and interests, typically against large corporate wrongdoers.

Jeff was a long-time partner at trial firm Dovel & Luner before starting his own firm in 2021.

Recent results include Jeff’s ongoing work as co-counsel for the plaintiffs in a $1 billion RICO class action against Boeing and Southwest Airlines relating to the MAX 8 aircraft, and his work for the plaintiffs in a $165 million breach of contract case relating to the failed development of the New York Wheel on Staten Island.  In the Boeing case, Jeff was and remains an important part of the team that obtained class certification in September 2021.  In the New York Wheel case, Jeff played and continues to play an integral role in cleaning up a mess left by prior counsel and getting the case past the pleadings and back on track to trial in New York state court—with the last of defendants’ pending motions to dismiss denied in January 2022, and the court's ruling affirmed by the appellate court in May 2022.

Results from prior years include Jeff’s work as:

Jeff graduated Harvard Law School in 2003 (J.D., magna cum laude).  At the time, big firms were in the middle of the latest recruiting frenzy.  They were aggressively competing for headlines and new attorneys with impressive salaries and bonuses.  Jeff went a different direction.  He passed up opportunities at Milbank and Quinn Emanuel to instead join an unknown plaintiff’s firm as lawyer number 4, the firm’s sole associate.  Jeff came across the firm when in his second law school summer he referred them a case for a writer/director friend and helped the firm develop new claims that led to a successful settlement.

Jeff took a modest salary at the small firm in exchange for a share of the upside and a chance to be instantly in the action.  Within six months Jeff was running his own cases, and within six years he was a co-owner of what became one of the most elite plaintiff’s firms in the country.

Some of the cases Jeff was first handed were small (“minnows,” as the firm then called them).  But most were eight- or nine-figure whales, with the firm’s clients taking on some of the toughest corporate defendants in the world and Jeff facing senior partners from 1,000 lawyer law firms beginning at age 25.

The learning curve was brutal and bruising.  But the experience was invaluable, and it confirmed that Jeff belonged on the front lines and on the plaintiff’s side.

Early along the curve, Jeff learned there is no such thing as an easy case.  If you’re going up against powerful and wealthy defendants accusing them of fraud or theft, willful patent infringement, or even just a basic breach of contract, you’re in for a long fight.  You need to expect and prepare for a trial and an appeal, and maybe more than one of each.  The case is only easy if you are missing something or are too modest in your objective.

Jeff learned not just to accept this reality but to embrace it.  The more difficult the case the more it has Jeff’s interest and devotion and benefits from his skillset.

Jeff grew up in South Jersey and still roots for Philly teams.  He went to Moorestown Friends School and then Bishop Eustace Prep, where he got to captain and play first singles for the school’s first ever tennis program.  At Georgetown, Jeff majored in English and Psychology and started the school’s chapter of the Coalition for the Homeless.

Jeff is a third generation plaintiffs' lawyer.  He is married and has a young son.